North Delta’s Damian Palmieri has a shot at suiting up for the Vancouver Giants next season.

“He is a physical, two-way defenceman that does not shy down from battles,” Parneta said in a press release. “His development has trended well over the past year and he has a similar foundation to the types of players that we have been having success with in recent seasons.”

Originally selected by the Giants in the fourth round (87th overall) of the 2019 WHL Bantam Draft, the six-foot tall, 177-pound left-shot defenceman joins the team after wrapping up his midget season with the Delta Hockey Academy’s 16U program.

A season prior, as a bantam, Palmieri scored seven goals and added 15 assists, for a total of 22 points in 29 games, while also adding 52 penalty minutes.

“A year ago I was so happy to have been drafted by my hometown WHL team, and to sign with them today is an incredible feeling,” Palmieri said in a release. “I’m excited for training camp and the opportunity to compete for a roster spot next season.”

A day earlier, the Giants signed DHA forward Ethan Semeniuk to a WHL standard player agreement, as well as forward Ty Halaburda and defenceman Mazden Leslie the week prior. All three were taken by the Giants in the 2020 WHL Bantam Draft on April 22.

Leslie, who was selected 10th overall by the Giants in this year’s bantam draft, spent the 2019-20 season with his hometown Lloydminster Bobcats’ Midget AAA program in Alberta as an under-ager and posted five goals, seven assists and 70 penalty minutes in 32 games.

During his first year of bantam in 2018-19, the 6’0” 160-pound right-shot defenceman scored 23 goals along with 27 assists, totalling 50 points in 33 games with the Bantam Bobcats. He led the Alberta Major Bantam Hockey League in scoring for defencemen, was named AMBHL rookie of the year and was named the league’s top defenceman.

“Mazden has shown the talent and ability that will provide a strong foundation to build with moving forward,” Parneta said. “He has a creative flair to his game that will be exciting to watch for years to come.”

Halaburda was drafted by the G-Men in the second round with the 32nd overall pick. During the 2019-20 season, the Victoria native served as captain for the Canadian Sport School Hockey League (CSSBHL)’s Pacific Coast Bantam Prep program. The 5’10” 146-pound forward registered 27 goals and 26 assists for a total of 53 points in 28 games, while adding a goal and two assists in two playoff games.

“Ty’s coaches and our scouts can’t say enough about his work ethic and his exceptional character and leadership,” Parneta said. “He’s a strong skater with a high hockey IQ. He displayed a skill set to make exciting plays with attention to defensive responsibility. We see a ton of upside. We’re thrilled that he and his family have committed to the Vancouver Giants.”

Semeniuk was selected by the Giants in third round (56th overall). In 30 games with the Delta Hockey Academy’s Bantam Prep Green program, the 5’9” 160-pound forward from Fort St. John notched 19 goals and 31 assists for 50 points.

“Our scouting staff was ecstatic when we still had the chance to draft Ethan Semeniuk in round three,” Parneta said. “He’s a strong skater, he’s skilled offensively and he thinks the game at a supremely high level. He’s going to be a key contributor for us down the road and we’re excited to welcome Ethan and his family to the Vancouver Giants.”

“I like his skill set,” Giants head scout Terry Bonner said in a press release. “He’s a good skater with decent size and overall he has just a really good hockey IQ and sense for the game.”

“I’m extremely thankful to the Vancouver Giants for drafting me,” Semeniuk said in press release. “I realize that there’s a lot of hard work still ahead for me, but I’m very excited to start the next chapter of my hockey career in the Western Hockey League.“

As “under-agers” born in 2005, Leslie, Halaburda and Semeniuk are each eligible to play in five games with the 2020-21 Giants.

Semeniuk was one of nine DHA players selected in this year’s WHL Bantam Draft.

Defenceman Lukas Dragicevic, centre Oliver Tulk, defenceman Terrell Goldsmith and winger Caden Brown were all selected in the first round. 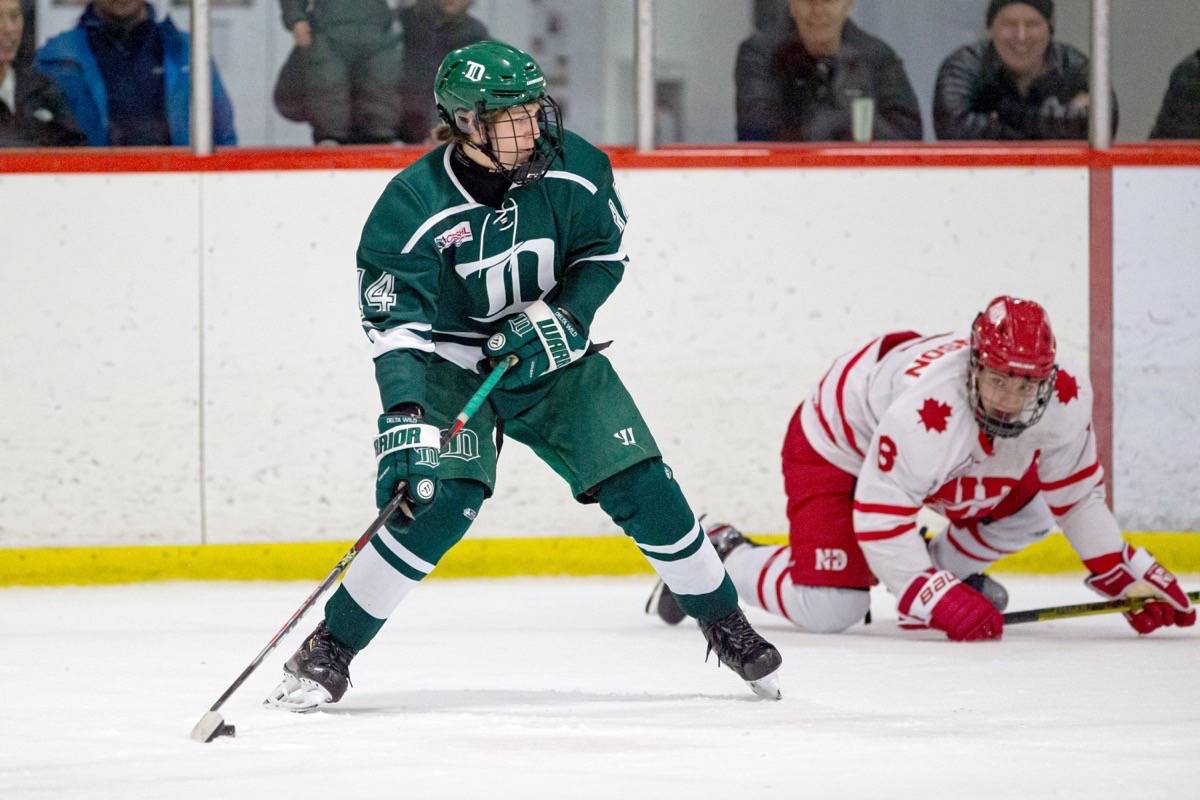