Surrey Little Theatre is set to open its 2019-20 season with Social Security, a comedy written by a man who launched his career in movies with the story that became the 1974 comedy classic Blazing Saddles.

Andrew Bergman’s Social Security, which debuted on Broadway in 1986, earns laughs with a story about a married couple who deal in art. Their domestic tranquility is shattered upon the arrival of the wife’s goody-goody nerd of a sister, her uptight CPA husband and one archetypal Jewish mother.

“They are there to try to save their college-student daughter from the horrors of living only for sex,” according to a play summary posted to samuelfrench.com. “The comic sparks really begin to fly when the mother hits it off with the elderly minimalist artist who is the art dealers’ best client.”

Roth made her SLT directorial debut last season with Sealed For Freshness, which won awards for Outstanding Supporting Actor, Outstanding Graphic Design and Outstanding Properties at the 2019 Fraser Valley Zone Festival, along with Best Production and Director nominations at the Community Theatre Coalition awards.

Said Roth: “Social Security is a play about how love is not just a young person’s game, but that it can come to us at any age, in any form, and when we’re least expecting it.”

Shearman, a Surrey resident, appeared as Dr. Tracey Lake in the company’s Night Watch last season, and previously was in Calendar Girls, Dixie Swim Club, Homechild and Slow Dancing. Shearman, SLT’s artistic director, founded DebuTheatre, a company that aims to support young adults and their endeavours “in all things theatre.”

Atkinson, who lives in Cloverdale, is a newcomer to the theatre world. She started taking tap dancing at Lisa’s School of Dance, and later added musical theatre. She loved performing, and tried her hand at acting after some encouragement from her husband and daughter.

Harrison, who lives in Langley, plays the part of what he calls “a fascinating old man” who falls in love with Sophie.

“The play is a really good one – something that hasn’t been played a lot and that you’ve seen 1,000 times,” Harrison said. “It will likely be brand new to people, and there are some very funny scenes.

“The cast is high-quality, people that care about the art,” he added. “And then you got this tiny little theatre – people will feel like their right on the stage.”

Beyond the run of Social Security, Surrey Little Theatre’s 60th-anniversary season continues with productions of the Shearman-written UFO Ho-Ho in December, Sidney Howard’s The Late Christopher Bean for a January-February run and Perfect Arrangement in April/May. 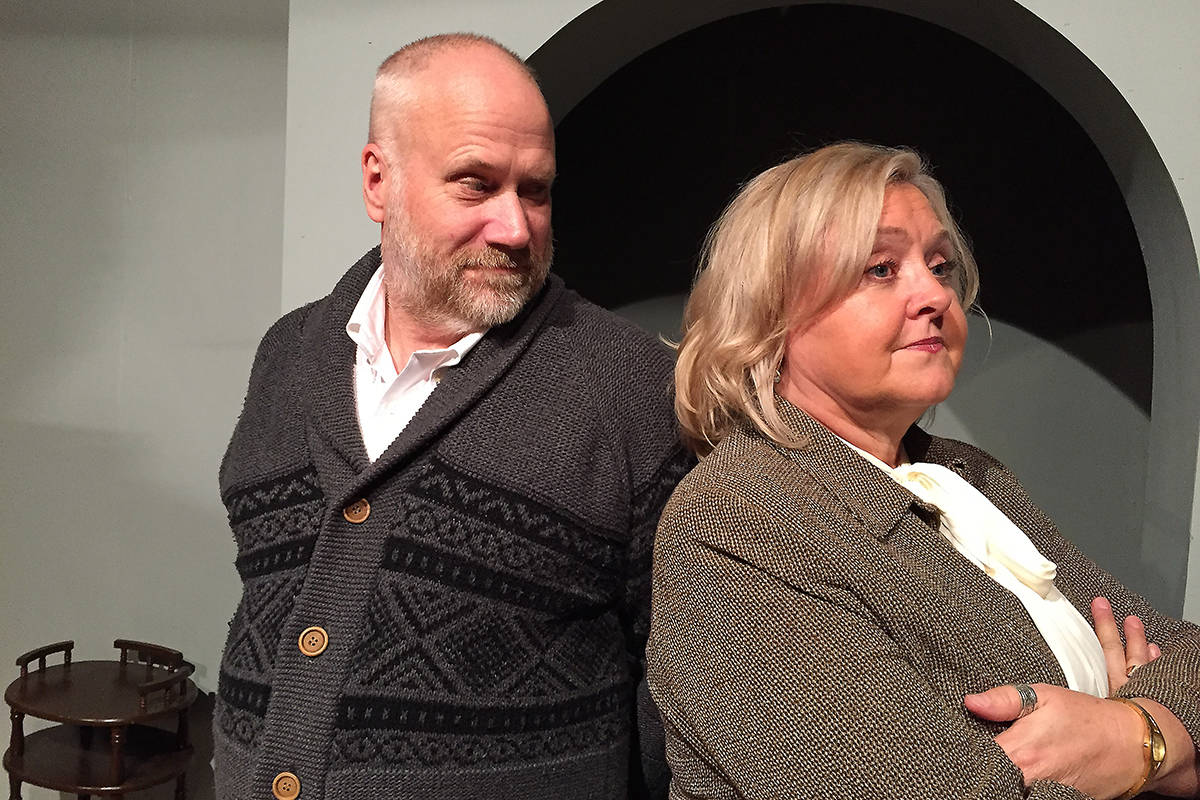