Students, staff and parents at Delview Secondary powered through the cold, driving rain last Thursday collecting more than 15,000 items for the the school’s 24th annual Thanks For Giving food drive.

As the sun set on Oct. 13, dozens of student teams canvassed the whole of North Delta for non-perishable food items and other essentials such as soap and diapers to donate to Deltassist and the Surrey Food Bank, ultimately bringing in 16,059 items and $1,700 in donations.

Jonathan Kung, a teacher at Delview for the past 13 years and organizer of the Thanks for Giving campaign, said the students deserve the bulk of the credit for the event’s success year after year.

“It’s a lot of work and takes a lot of student power [and] late nights,” Kung said. “We’ve got a tremendous group of really dedicated students doing this. The last few nights they’ve been here until eight o’clock, sometimes 10, just making sure everything’s set up.”

Staff and parents help students sort donations by type and box them for pick up in the morning at Delview Secondary’s 24th annual Thanks for Giving food drive. Photo credit: James Smith

Delview’s Thanks for Giving is the largest single-night food drive in B.C., and since its inception in 1992 the event has collected over 300,000 non-perishable food items. Kung said the event is point of pride for everyone involved, adding many students and staff keep coming back as volunteers long after their time at Delview has come to an end.

“It’s the one tradition that we have at Delview that’s unique to our school,” Kung said. “We’ve kept [it] up for so long because there’s value to it, it’s a fun event and it’s something that the kids all love being a part of. You ask anybody who’s gone to Delview, that’s the one thing that they really remember and have fond memories of.”

Although this year’s event only just wrapped up, Kung says the students already have an eye on Thanks for Giving’s 25th anniversary.

“We always want to try to break our re- cord. I mean, that’s not the point of it, but that is definitely something that gets the kids motivated,” Kung said. “That’s alway a big thing and, coming to our quarter century mark, that will be a huge one for us. How do we achieve that? A couple of years ago we made it to 22,000 [items]. Can we make it there again? That remains to be seen.”

Watch the video and slideshow of Delview’s 24th annual Thanks for Giving below. Video/photo credit: Delta School District/Flickr 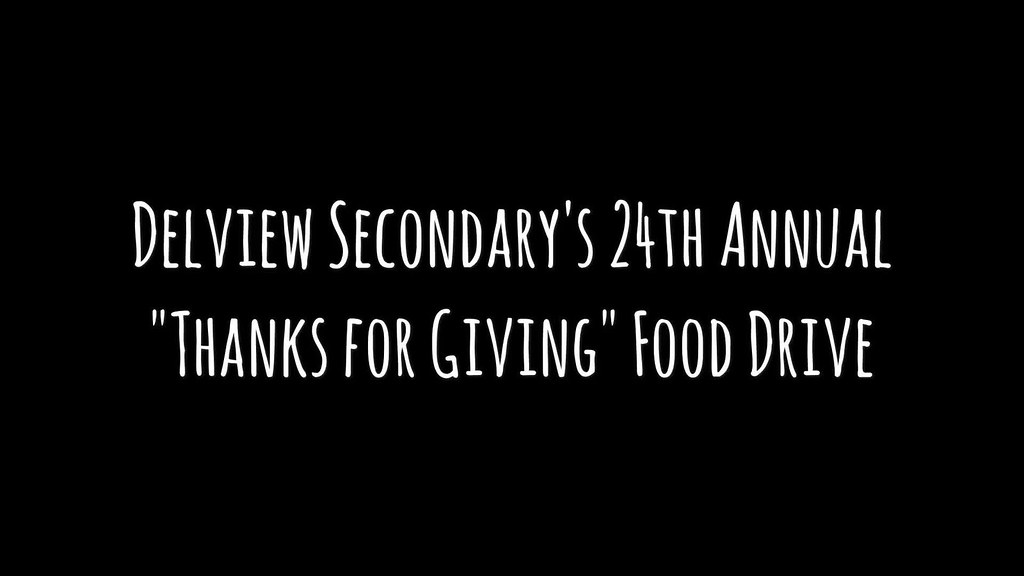 FOCUS: Surrey’s sisters of the squared circle have mom in their corner