In Newton, nearly 700 animals are buried on a corner lot once home to a rare B.C. cemetery devoted to departed dogs, cats, birds and other pets.

Human remains may also be interred there, on the southwest corner of 78th Avenue and 147A Street, judging by a few of the grave markers on the site, a block from the western edge of Guildford Golf & Country Club.

The 25,468-square-foot lot, now surrounded by houses, was a rural piece of land in 1952 when Burnaby residents Daniel and Nellie (Mary) Blair went looking for a place to bury their beloved pets, creating B.C. Pet Cemetery.

“It’s a fascinating place,” confirmed Graham Bradley, who a year ago posted a six-minute video about the abandoned pet cemetery to Exit Thru the Gift Shop, a YouTube channel he dedicates to “roadside attractions, museums, oddities, points of interest and other diversions.”

The cemetery is not well maintained, unprotected and partially overgrown, making some of the graves hard to spot.

“I’m in contact with one person who has taken it upon himself to do some fixups there, some maintenance,” Bradley said. “He bought some equipment to cut back the bushes and do some upkeep on the property. A couple of groups had done some upkeep here and there, but it had become quite overgrown there for awhile.”

Bradley believes the property should be protected from future development, but its future remains uncertain.

Assessed at $612,000, the land at 7777 147A St. is owned by Turnberry Developments, whose director is listed as Michael Weir of South Surrey. The Now-Leader has tried contacting Weir for comment about the property.

Signs posted to trees on the site warn of 24-hour video surveillance by Siren Enterprises. 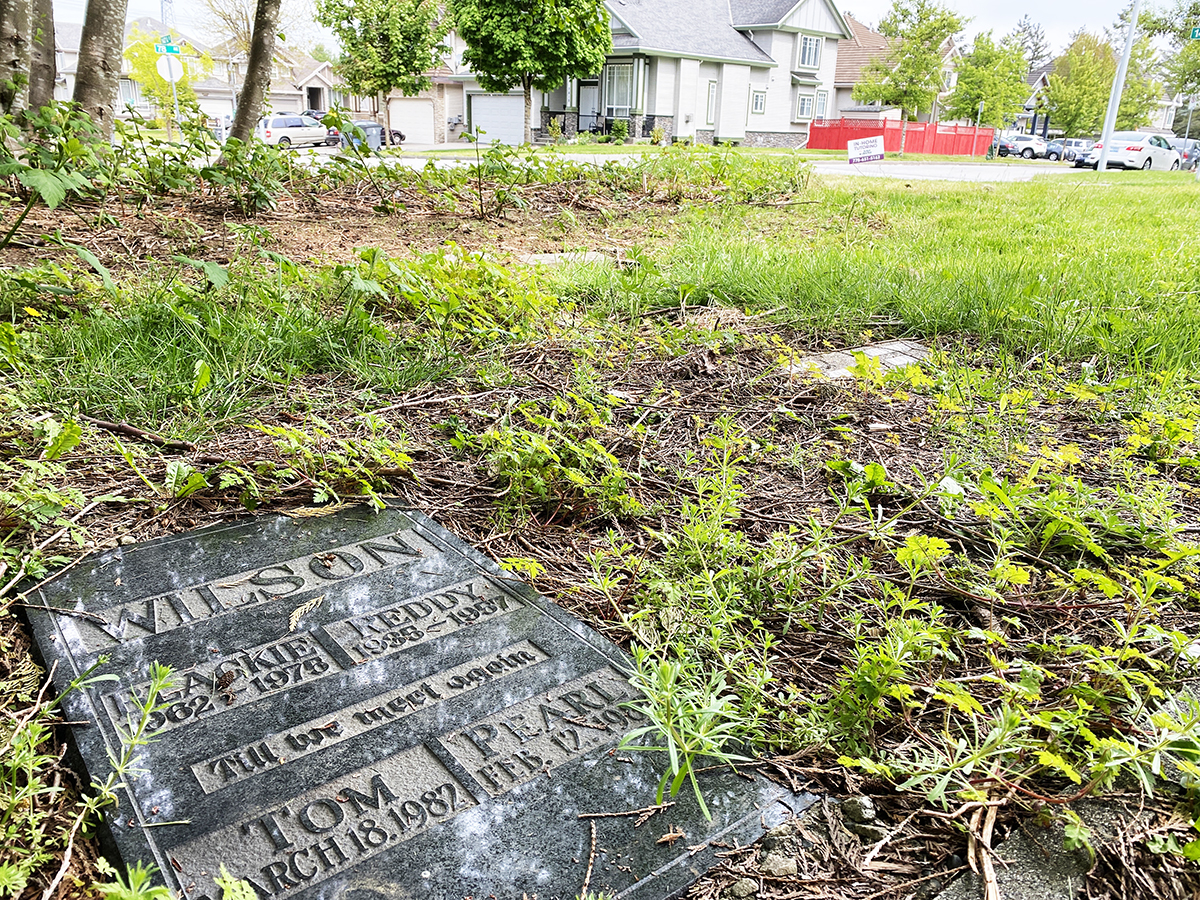 PICTURED: A view of the abandoned pet cemetery in Newton, on the corner of 78 Avenue and 147A Street, Surrey. (Photo: Tom Zillich)

Local historian Sue Bryant, who wrote about the old cemetery in 2018, says the original cemetery had a park-like atmosphere in its early days.

“For a modest fee,” Bryan wrote, “a pet could be interred with a monument and a funeral service could be provided. It filled a need that resonated with many. Advertisements for the service appeared in local newspapers, and it wasn’t long before word of mouth spread. Although most pets who were laid to rest in the cemetery belonged to local families, some were from as far away as the Yukon and Seattle.”

In a 1983 edition of the Columbian newspaper, Nellie Blair recalled “a lot of tears shed” at the cemetery she operated after her husband Daniel died in 1970. Later renamed Surrey Pet Cemetery, the land was sold in 1995 and the cemetery stopped accepting remains.

The following year, Nellie died. Her wishes were to have her cremains buried with her beloved lost dogs, Bryant wrote, but it is unclear if this was honoured. “The headstone in the cemetery had been made with such a purpose in mind, leaving only an open spot for the date of her passing.”

In 2009, then-mayor Dianne Watts said council wound not permit a developer to build homes on the site if it could be established that human remains are also buried there. 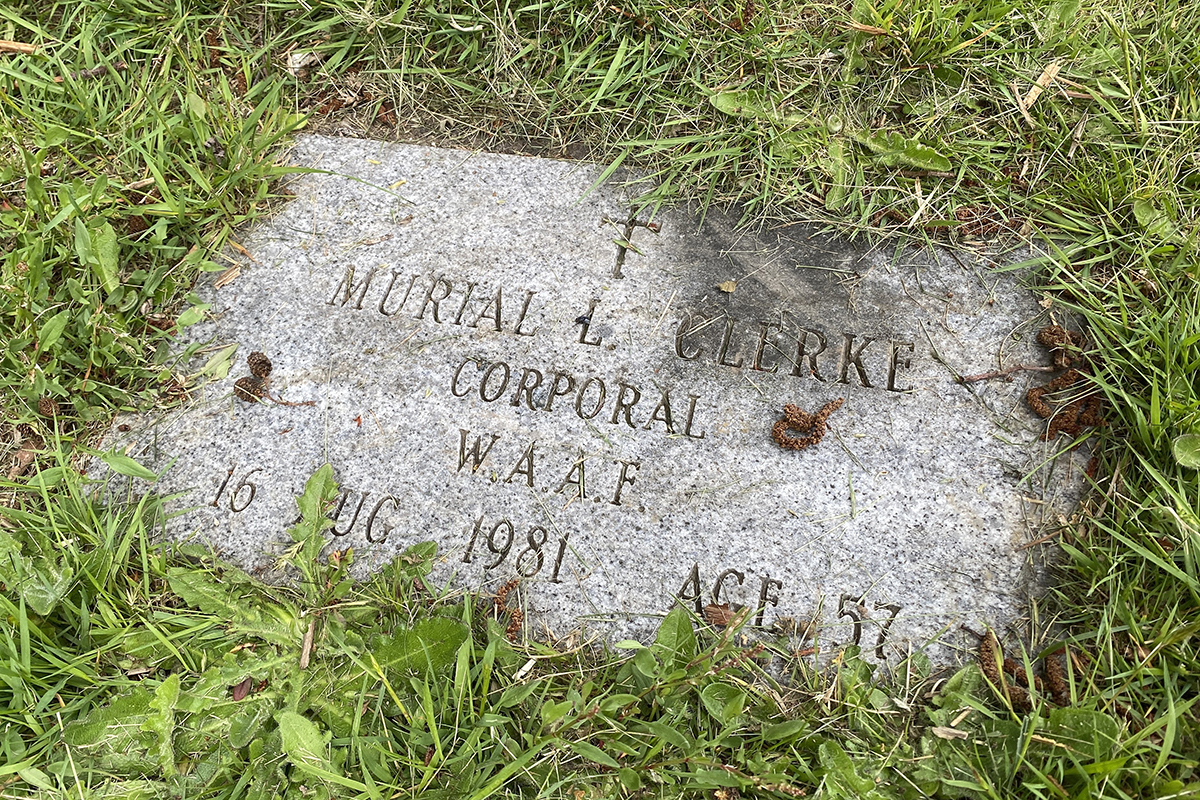 Since 2005, Gujagar Dhaliwal has lived in a house across the street from the abandoned pet cemetery.

“I would like to see a park there, because there is no other park in this area,” he said. “We don’t want more houses here, no.” 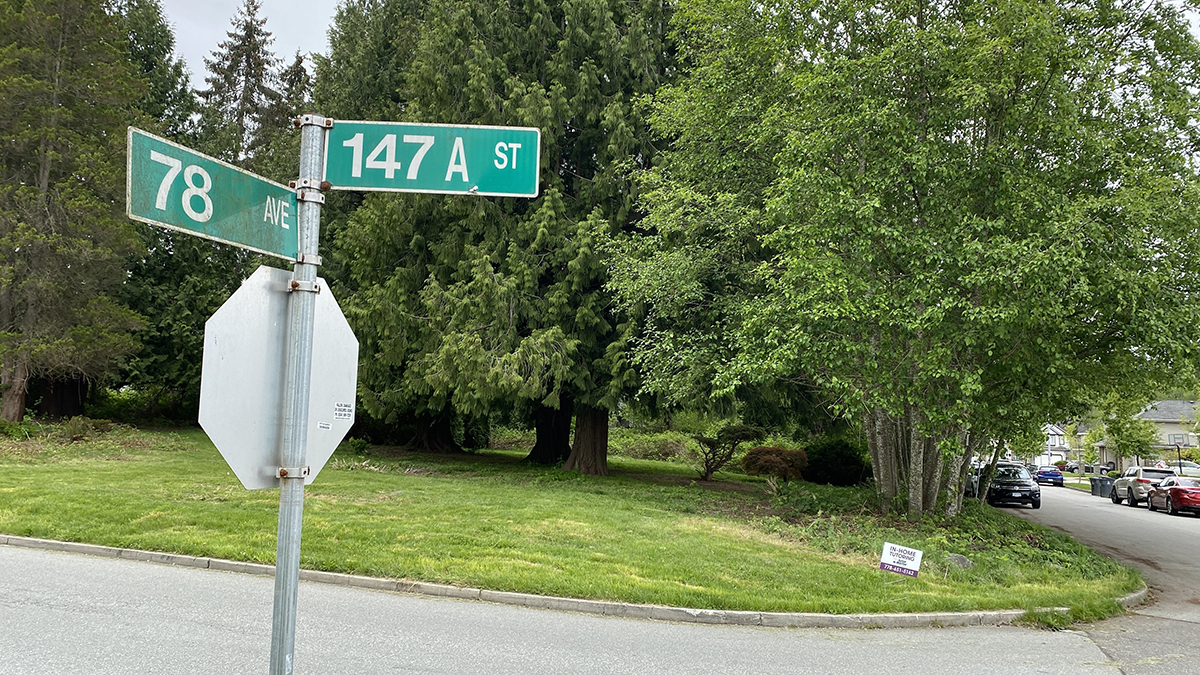 PICTURED: A view of the abandoned pet cemetery in Newton, on the corner of 78 Avenue and 147A Street, Surrey. (Photo: Tom Zillich)

YouTuber Bradley, who learned about the site on waymarking.com, says that from what he knows, a restrictive covenant on the property expired in 2010. “At that time, the city said currently there were no plans to develop the land, but it is privately owned and zoned for a single-family home and there is little the municipality can do to block future development.”

– With file from Tom Zytaruk

Surrey Now & Then is a weekly look back at Surrey-area landmark sites, events and people. Email story ideas and tips to tom.zillich@surreynowleader.com. We thank Surrey Archives for assistance with this series.

Evening of Latin dance set for next weekend