The search continues for an overdue hunter who went missing near James Lake in the last week of September.

Gordon Solloway, 74, left to go on a short hunting trip on Sept. 26, but when he didn’t return home at noon police were called and a search and rescue operation got underway.

According to Kevin Birnie, the search manager for Central Okanagan Search and Rescue, Solloway’s truck was last seen on Thursday morning when a security camera captured his truck driving up Goudie Road.

He said the image was the last time Solloway was seen so search teams have focused their efforts on that area.

“If anybody has any security footage, photographs or anything on any of the roads he may have travelled please call the RCMP and provide that information,” said Birnie.

“They are all clues to us no matter how insignificant they may seem, it’s important information for us.”

Since Solloway was reported missing Birnie said they have also received a report from an eyewitness who said they may have spotted him parked at the junction of Big White Road and Highway 33.

Prior to being picked up by the Goudie Road camera, Solloway was seen gassing up his truck at Petro-Canada on Highway 33 in Rutland shortly after leaving his home at 7:30 a.m. on Sept. 26

Birnie said 16 search and rescue personnel and four family members are looking for Solloway. A helicopter and a fixed-wing aircraft have also been brought in to help with the search.

Birnie said Solloway has some mobility issues that would likely impede his ability to venture far from his truck, which is described as a charcoal grey 2012 Dodge Ram Quad with a red pin stripe down the side.

Solloway’s family told searchers it would be very out of character for him to go missing and they are very concerned for his health and safety.

“We’re always optimistic,” said Birnie about finding Solloway. “Our big target right now is locating the vehicle so hopefully when we find the truck we find him.”

Solloway is described as a five-foot-nine, Caucasian male with brown hair and blue eyes weighing about 250 lbs.

Anyone with information on the whereabouts of Solloway is urged to contact their local police or the Kelowna RCMP at 250-762-3300. The public can also remain completely anonymous by calling a tip into Crime Stoppers at 1-800-222-8477 or by leaving their tip online at crimestoppers.net.

As of press time, Solloway had not been located. Check kelownacapnews.com for the latest on this unfolding story. 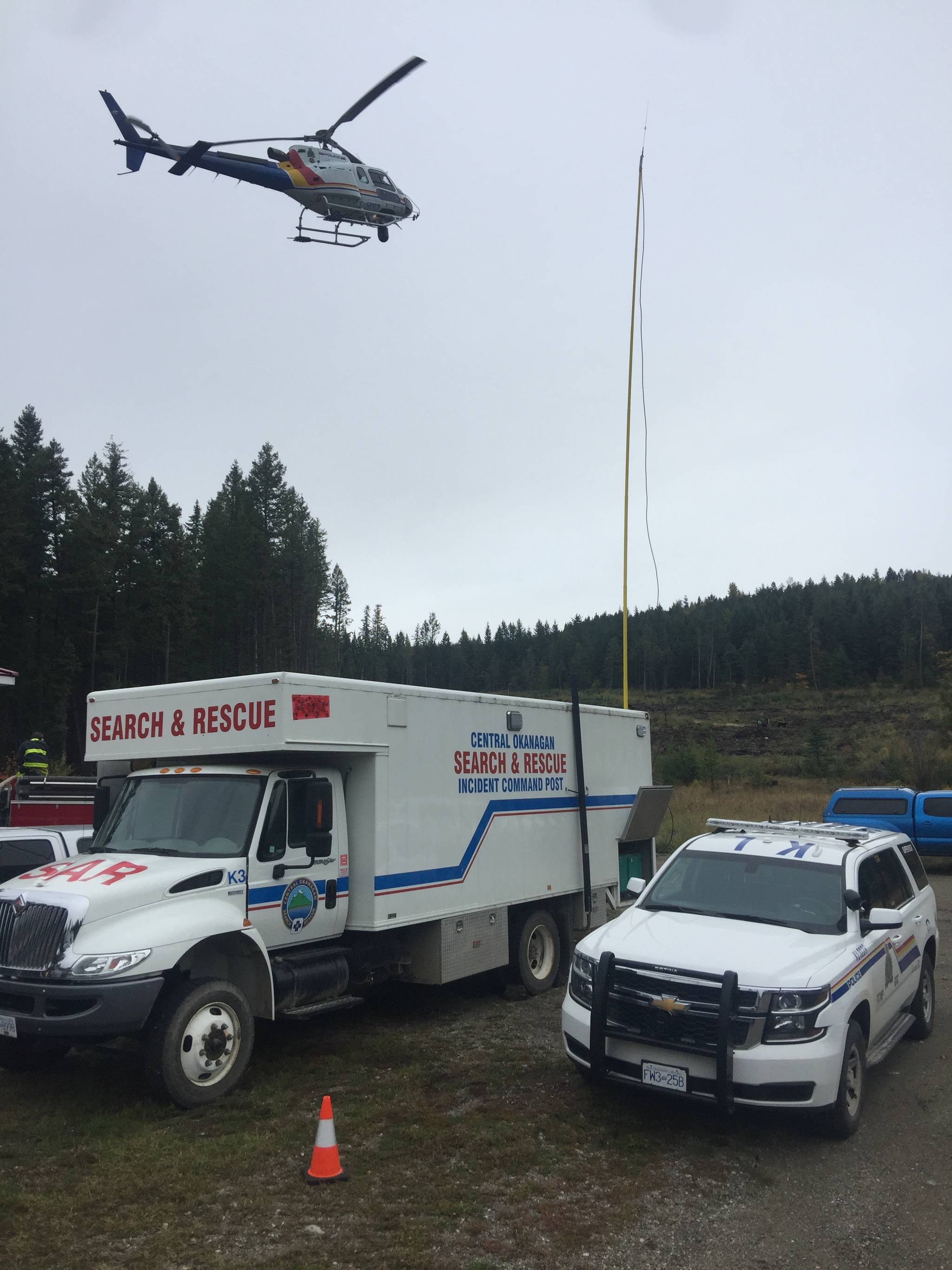