The opening date for the new Evergreen Line SkyTrain extension linking Burnaby to Port Moody and Coquitlam has been moved forward to before Christmas.

The $1.43-billion 11-kilometre rapid transit line had been scheduled to open in summer 2016, but that had been delayed to early 2017 after construction delays including sinkholes. Originally, the province wanted it open by late 2014.

The B.C. government is contributing $5 million to build 150 extra parking spaces in partnership with the City of Coquitlam at Lafarge Lake-Douglas Station, where the new line ends.

The SkyTrain extension to the Tri Cities will make Metro Vancouver’s fully automated rapid transit system the longest in the world.

The project is more than 90 per cent complete. Finishing work continues at all Evergreen Line stations and the construction of the station plazas are nearing completion. 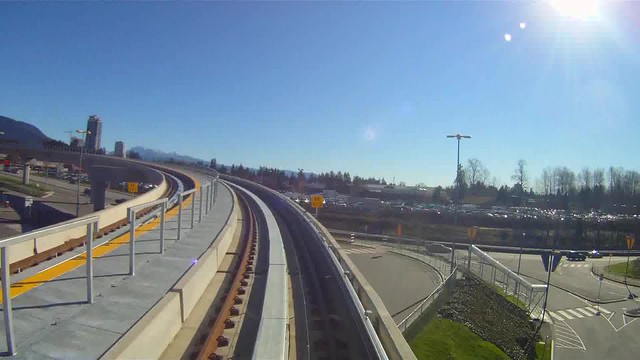 The new 150 parking spots are in addition to 415 parking spaces and Coquitlam Central Station and 85 at Moody Centre Station.

“These additional parking spots will especially help those commuters who also have to drop off children or complete other errands before or after their daily commute,” Coquitlam Mayor Richard Stewart said.

An exact opening date has not been set for the new line, which is expected to carry 70,000 passengers a day by 2021. It’s the newest rapid transit line to open since the Canada Line began operations in 2009.

The project is being built by the province, which will turn it over to TransLink to operate.

It went ahead after years of haggling between the province and Metro Vancouver mayors, who finally agreed in 2011 to raise the Metro Vancouver gas tax two cents a litre to finance TransLink’s $400-million share of the cost.

Surrey RCMP looking for witnesses after collision between SUV, tractor-trailer

MAP: See which North Delta streets will be a priority for snowplows