For Corinne Leroux, four of the busiest days of the year are during Eastside Culture Crawl.

The annual event in Vancouver is a showcase for her and close to 500 other artists who involve themselves in demonstrations, workshops, a film series, an exhibition and more.

Leroux is the Surrey-raised operator of Awesome Sauce Designs, a portal for her stained-glass creations. The studio is among dozens at MakerLabs, an artist hub located at 780 E. Cordova St.

“It’s a cool space,” Leroux raved, “and it’s nice because there are so many people doing so many different things here. Everyone’s studio is kind of open, so it’s a collaborate creative environment. It’s a busy building.”

MakerLabs is a go-to place during the Cultural Crawl, which runs from Nov. 14 to 17. Last year, an estimated 45,000 people took in the visual arts, design and crafts festival, which is free to attend.

“Most of the artists shut down for those four days and talk to people who come in,” Leroux said. “I have official demos, and those times are posted on the website (culturecrawl.ca). I used to demo all weekend, but now there are official times.”

People can watch Leroux demonstrate how to make stained-glass sun catchers, using the copper foil method, at 3 p.m. on both Saturday, Nov. 16 and Sunday, Nov. 17.

A Fleetwood Park Secondary grad whose parents still live in the area, Leroux once studied graphic design as a career. In 2005, she graduated from SFU with a degree in Interactive Arts, and soon after took a stained-glass class at Surrey Arts Centre, on a whim, and was instantly hooked on the medieval art form.

Now, Leroux teaches others at her Awesome Sauce studio, which specializes in “punny greeting cards, off-beat wedding invitations, unique stained glass windows and baby gifts,” according to a Facebook profile.

“It’s kind of a dying art,” she said, “and I’m one of the few people who teach this. And there used to be quite a few stained-glass supply stores in the Lower Mainland, but not anymore, because the owners retired or just closed up shop. There’s just one now, Kona Stained Glass, at Knight and 33rd.”

Leroux’s work is whimsical and non-traditional – “not what you would see in your grandmother’s house,” she said. “People wonder if it’s for kids, but it’s for adults who never grew up.” 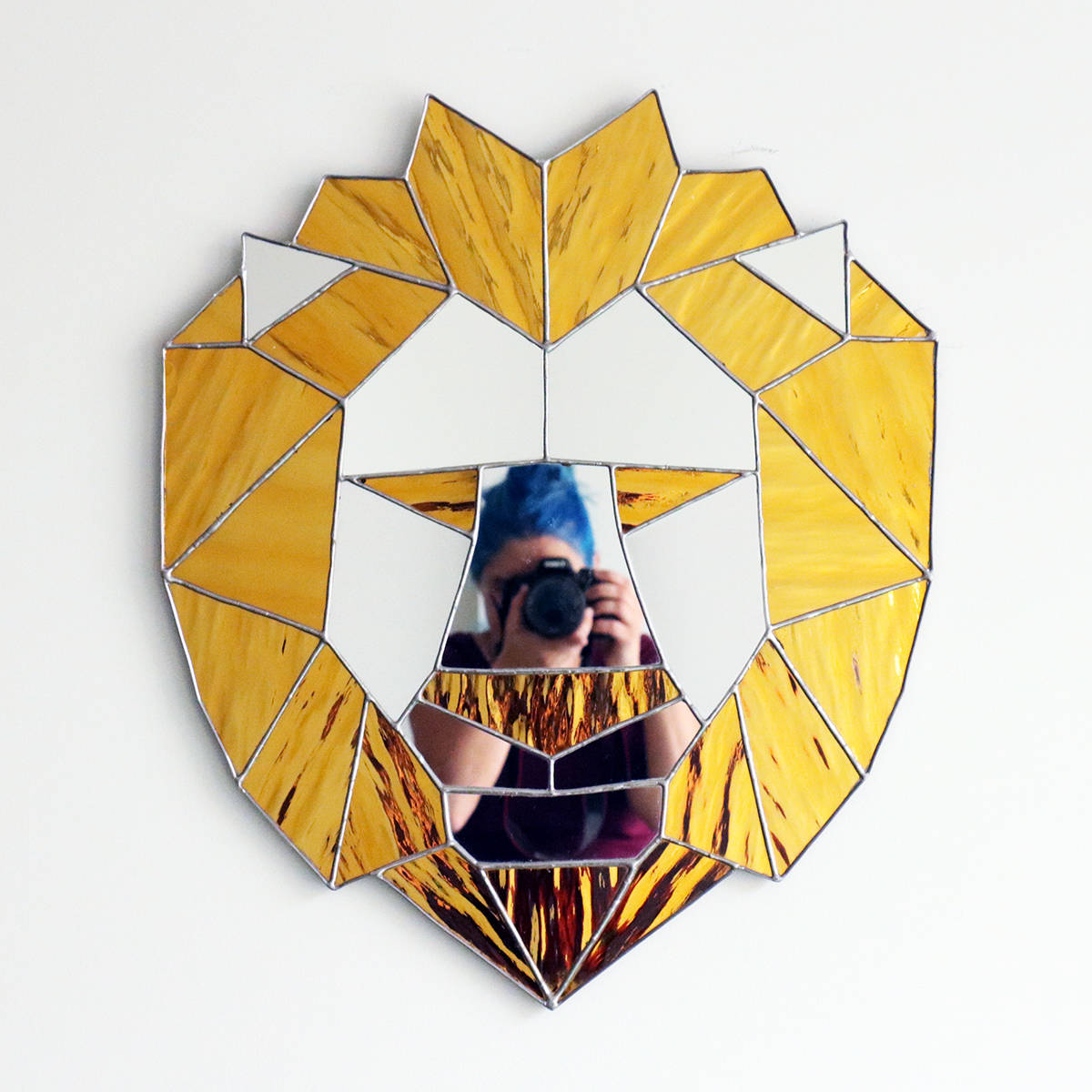