Every Thursday evening in Surrey, members of what’s considered B.C.’s only wheelchair dance club move to the call of a part-time Elvis impersonator.

Tyler Wagner is the man with sideburns, jet-black hair and microphone in hand for these Wheeling 8’s events.

“This club is unique, yes,” affirmed Wagner as he took part in the club’s recent 45th-anniversary event.

The club was launched in 1973 at Vancouver’s GF Strong rehab centre and eventually found its way to a first-floor room at Chuck Bailey Recreation Centre, where a group of “handicapables” gathers for some fun and socializing every Thursday starting at 6:30 p.m.

“As you can see we are having a great time on the anniversary for our club,” Darlene Austin, the organization’s president, told the Now-Leader before being whisked away to dance.

Welcomed for weekly activity are dancers in wheelchairs, their caregivers and also able-bodied people.

Roy Perron has been involved in the club since 1994.

“My former girlfriend got me involved,” he explained. “I wanted to spend more time with her so I joined this group.”

Back then, club functions were held in the old Sunrise Pavilion, which has since been levelled to make way for the new Civic Hotel complex, at Surrey Central.

“It’s been here (at Chuck Bailey) for a long time now,” said Perron, a Vancouver resident who travels to Surrey by SkyTrain.

“I had to take a bit of a break for medical reasons, and it’s been here a few years now, I guess,” he continued. “You become good friends with people, and sometimes you get to travel to different conventions, events like that, to show what we do. I enjoy it, and it gives me something to do, especially in the winter.”

Perron once used a manual chair, but he’s been in a power chair for about a decade now.

“It gets the mind going, yeah,” he said about his involvement in the Wheeling 8’s.

“I can get a little dizzy out there, too, but it’s good,” he added with a laugh.

Wagner, who lives in the Newton area, has been the group’s caller since 2000.

“We see the same faces, hopefully, and not everyone can get here every time, of course, but I look forward to seeing all the people and helping them with their dancing, giving them a chance to have some fun,” Wagner said.

He operates a couple of other square-dance clubs, including the Surrey-based T.W. Twirlers, who meet Monday evenings at Christian Life Assembly Church (#110-12332 Pattullo Place).

“That’s a new place for us,” Wagner noted.

For Wheeling 8’s gatherings, his calls are given a different rhythm.

“It’s way different from your normal calling but it doesn’t happen as fast, the movements, so it’s a different kind of a skill to work with them,” Wagner noted. “I guess it’s a way of, in a sense, giving back,” he added. “These people enjoy coming out every week, and if they show up, I show up, so here I am.”

For the club’s anniversary event in mid-September, Austin proudly wore a green and white dress filled with her yearly “president” badges.

“Our season runs from September to June and we have a great time getting people out who are in wheelchairs,” Austin continued. “The point that I like is, I want to get people out who are housebound, to give them an activity or something to do on a Thursday night for a couple hours, and I’m hoping that if you know anybody, please bring them out.”

A note on the Wheeling 8’s website (wheeling8s.squaredance.bc.ca) says first-time participants are free to attend, and beginners are welcome any Thursday night until Oct. 25.

“After that date call Darlene to inquire about joining-in” — at 604-358-2841, or e-mail darlmel@shaw.ca. The club is also online at facebook.com/wheeling8. 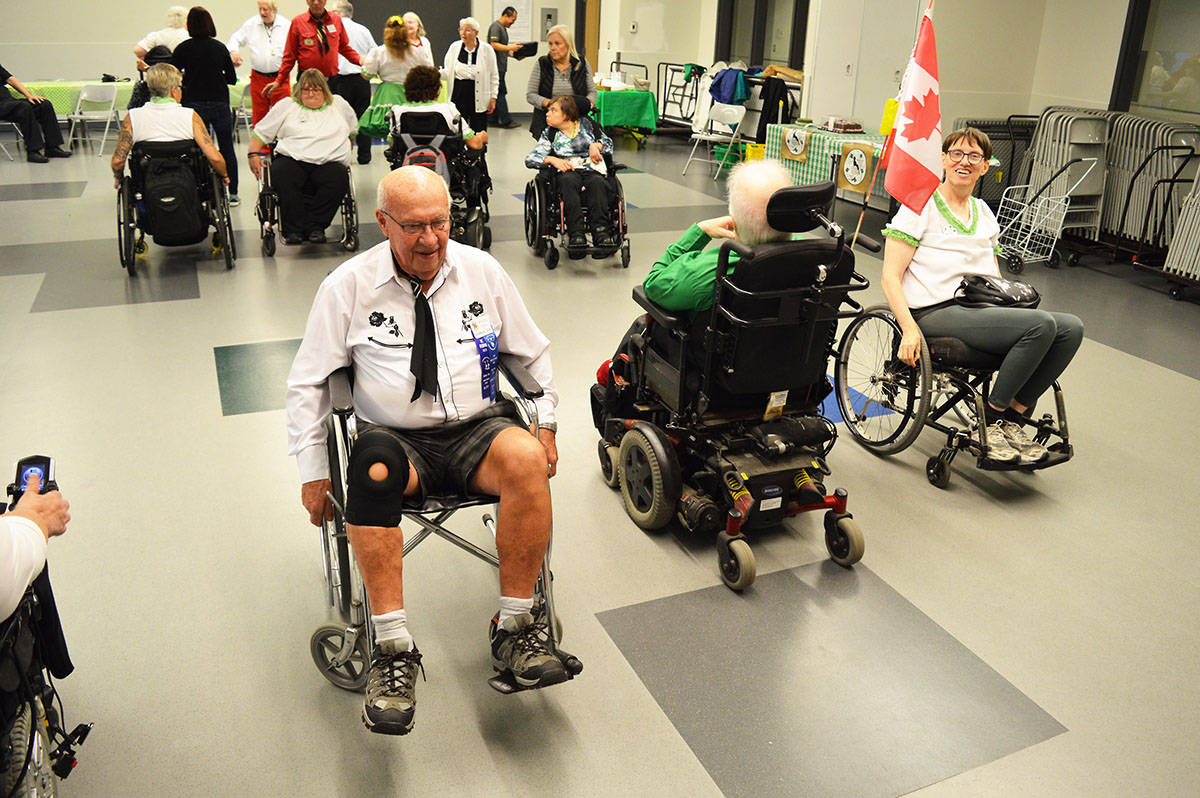 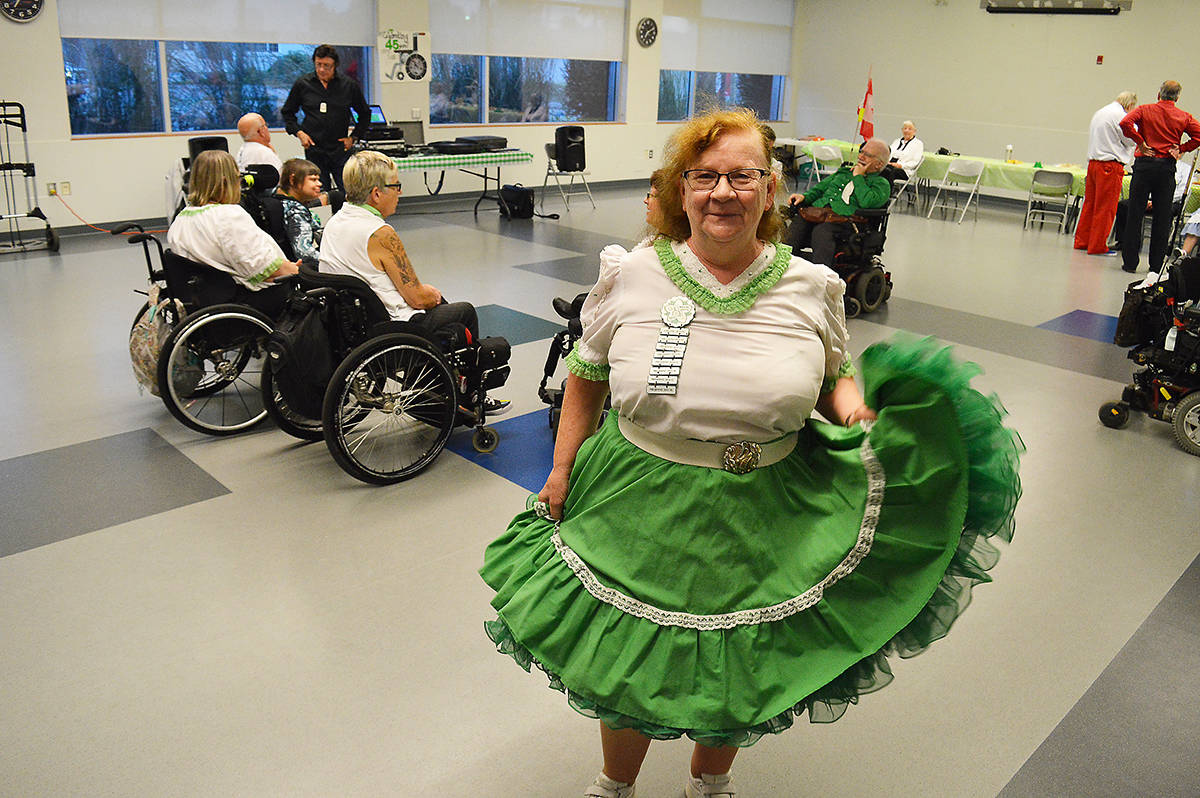 Darlene Austin, president of the Wheeling 8’s, with members of the dance club in the background. (Photo: Tom Zillich) 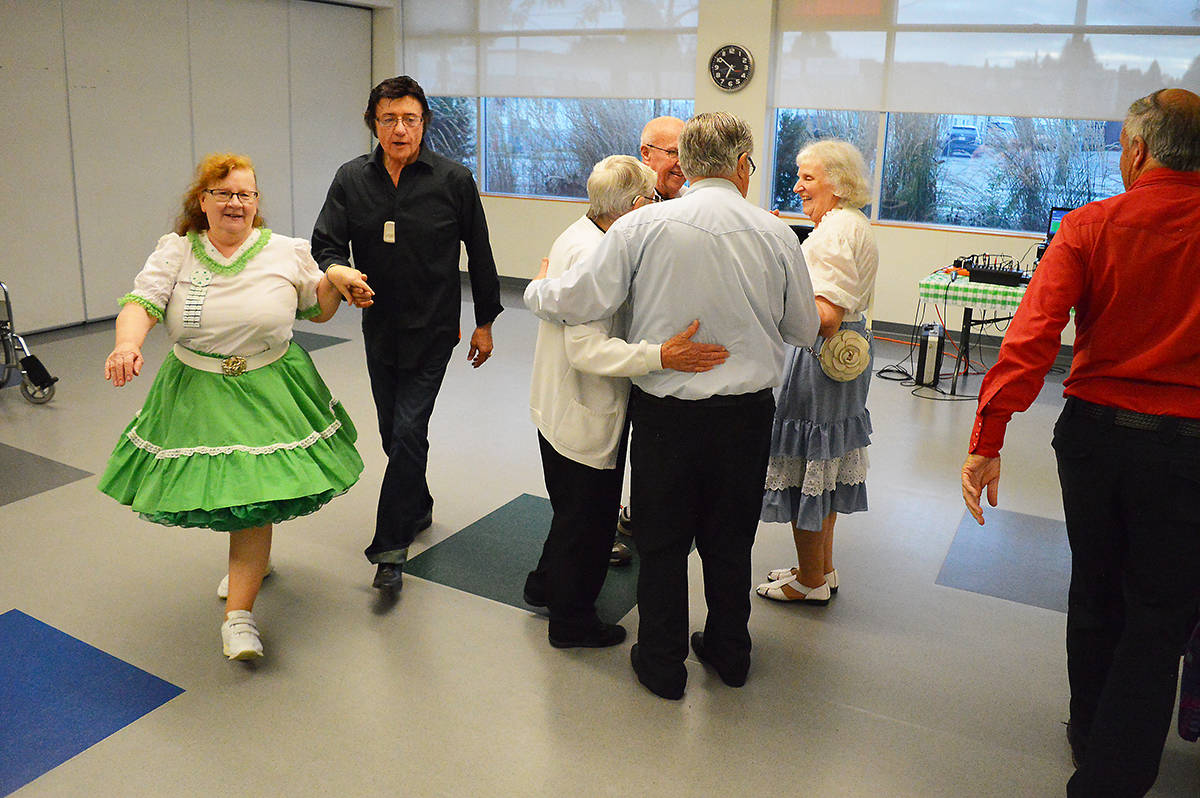 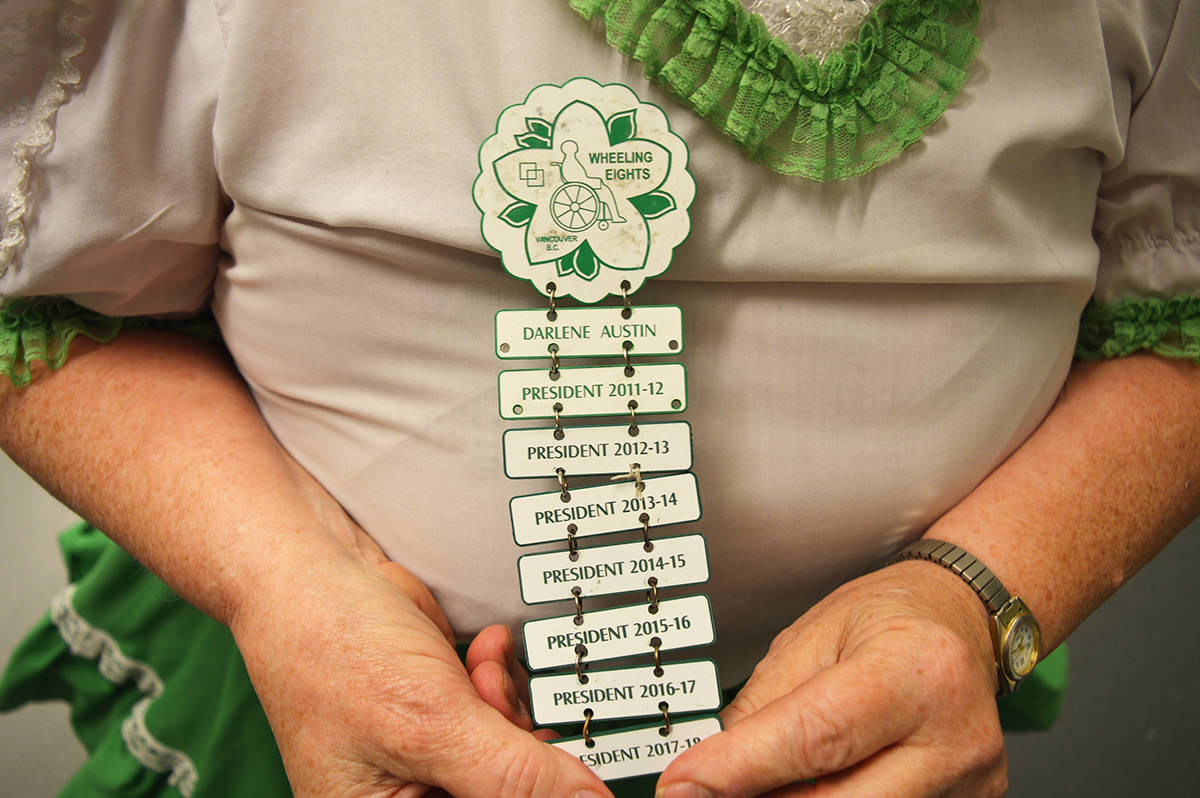 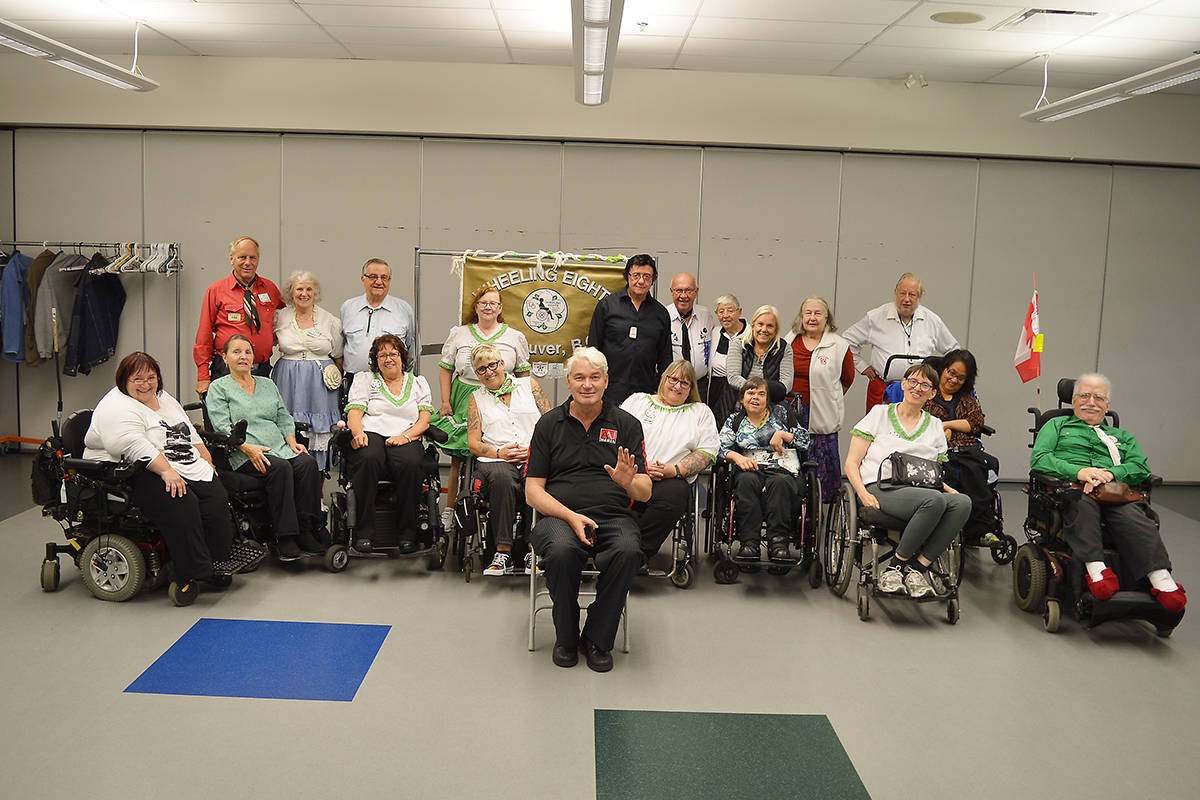 Delta’s mayor, MP and MLAs asked for the meeting in co-signed letter June 1

March dental conference key to many of B.C.’s COVID-19 cases

B.C. health officials release a first look at how the novel coronavirus has reached all corners of the province