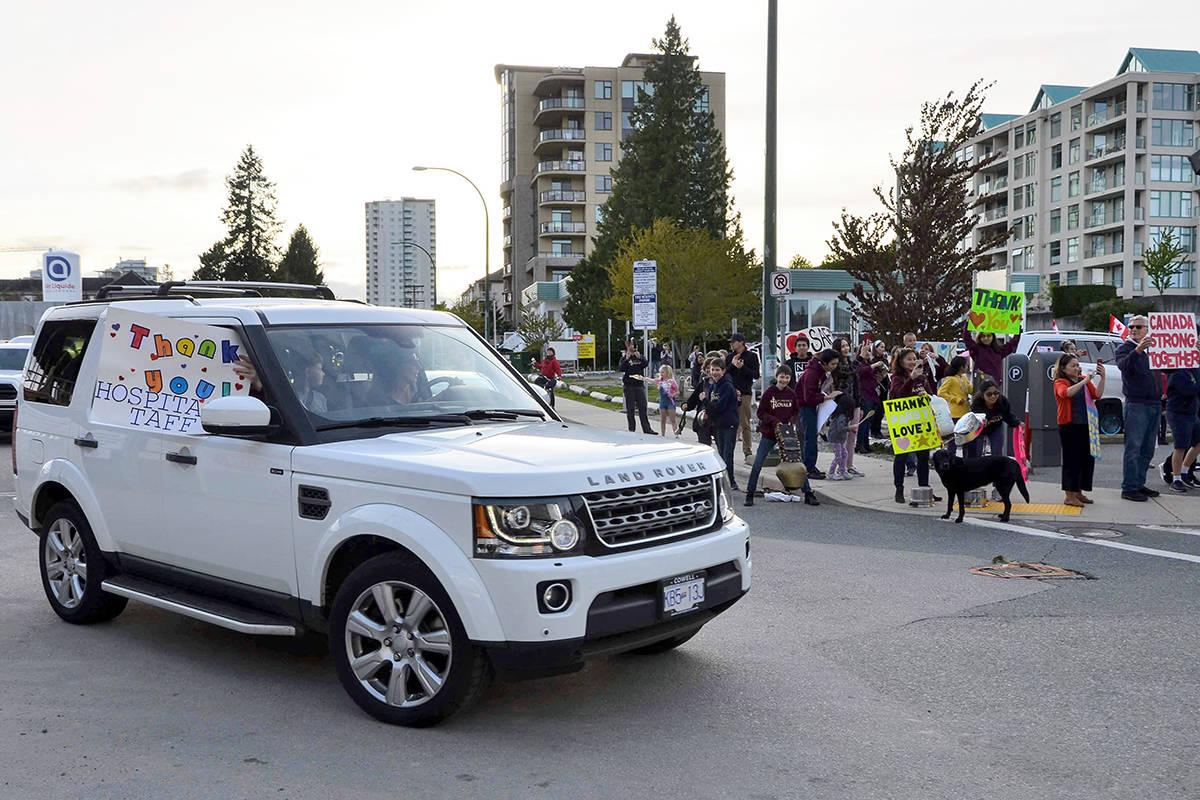 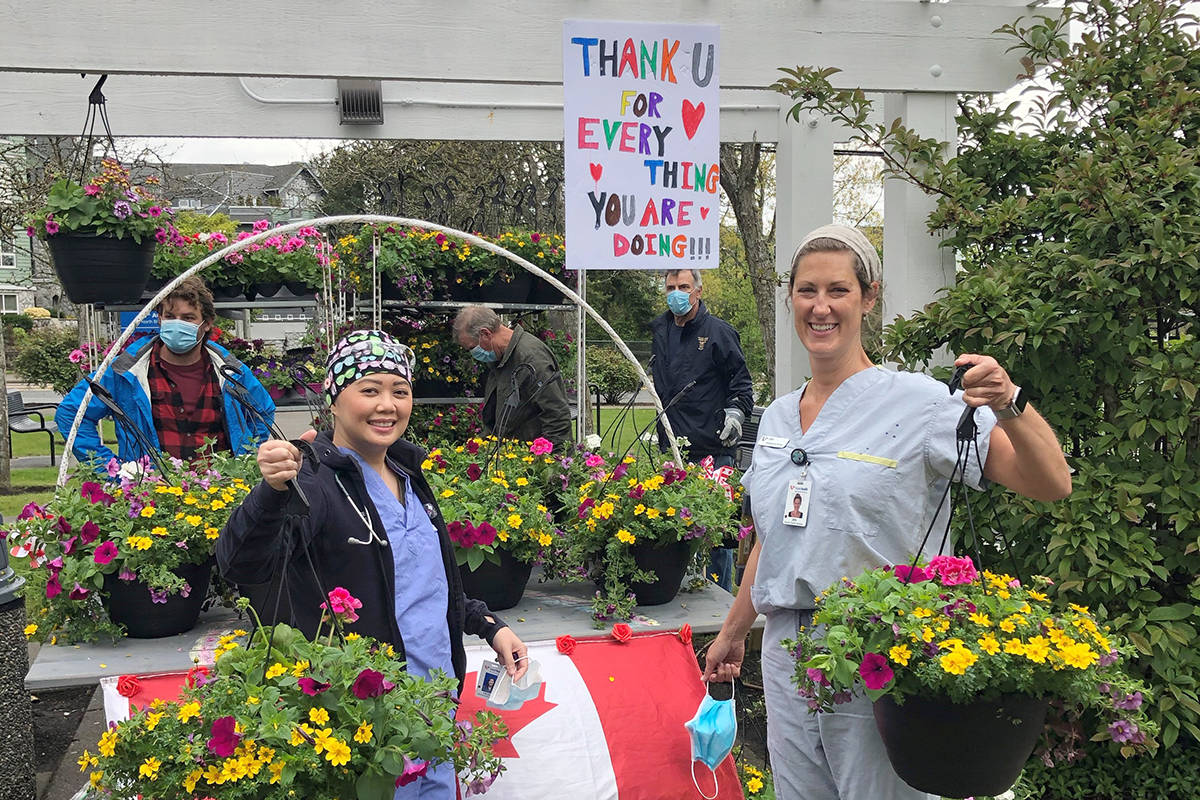 On Thursday evening (April 30), students and families from St. John Paul II Academy – which currently operates out of Star of the Sea Hall – decided to co-ordinate a drive-by parade of sorts, that began at the school’s Pacific Avenue location and proceeded to Peace Arch Hospital, where a ‘thank-you’ celebration with balloons, noise-makers and doughnuts for staff was held.

The event was meant to serve as an extension of the usual 7 p.m. noise-making celebrations for frontline workers that has been happening nightly across the province and beyond.

Two days later, on Saturday, another group of local residents joined together to say thank-you to PAH employees, surprising them with hanging flower baskets at the end of their shifts.

That endeavour was the brainchild of local resident Tony Toxopeus and a group of friends, who came up with the idea a little over a week ago and, before they knew it, had enough donations from individual donors as well as from local businesses – KDS Construction, Vanderveen Hay Sales, Turkey House and Deli, Ocean Park Ford and Penguin Meats – that they were able to purchase more than 300 baskets.

In co-ordination with the Peace Arch Hospital Foundation, flower distribution was held in a hospital courtyard – with strict social-distancing rules in place, Toxopeus noted. Staff simply showed their hospital employee ID, and then helped themselves to a basket.

Toxopeus, a retired Coast Guard captain, and his friends “wanted to find a way to lighten the spirits of hospital staff.”

“The majority of us had children born in Peace Arch Hospital, had been stitched, X-rayed and generally put back together there at one time or another, so we wanted to show them our appreciation,” Toxopeus said by email.

This feel-good story is part of the #WereInThisTogether campaign by Black Press Media. Have an uplifting story that you think would bring joy to readers? Email your story, photos and videos to wereinthistogether@blackpress.ca

‘Outpouring of love and support’ at White Rock retirement residence

Delta’s mayor, MP and MLAs asked for the meeting in co-signed letter June 1

March dental conference key to many of B.C.’s COVID-19 cases

B.C. health officials release a first look at how the novel coronavirus has reached all corners of the province